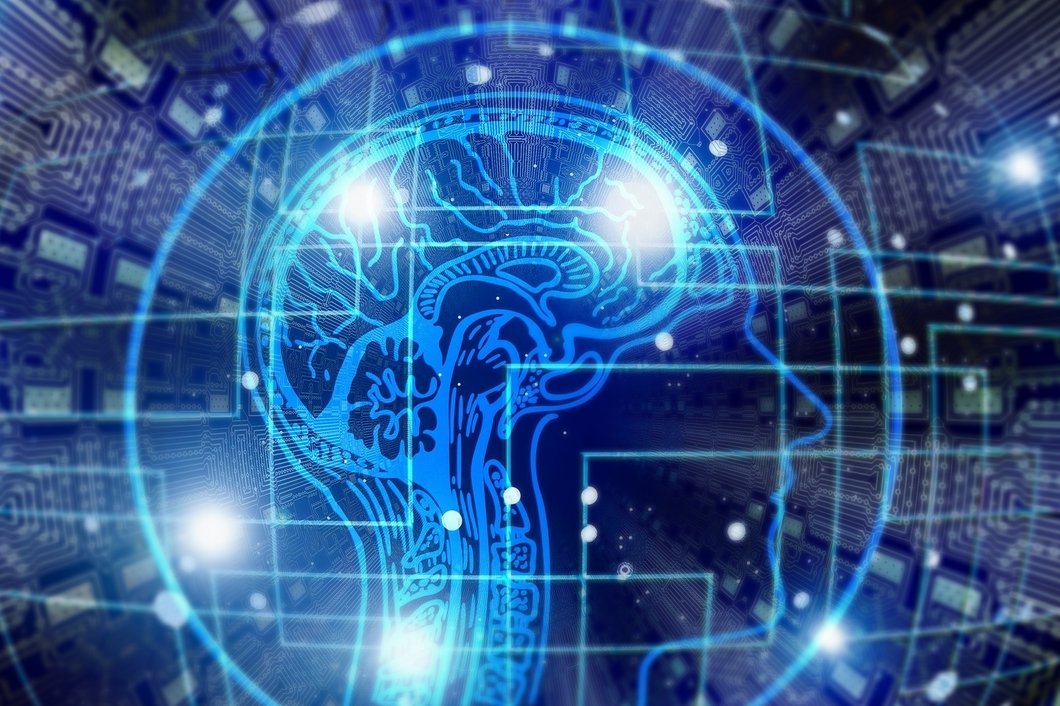 This method of grouping algorithms places emphasis on how algorithms “go about” machine learning – for example; tree-based vs. neural network algorithms.

This article will specifically focus on the mathematical representations of regression algorithms for machine learning, even though there are various other algorithms.

Supervised learning is a technique where a task is accomplished by providing training (input and output) patterns to the systems. Supervised learning in machine learning maps an input to its outputs based on sample input-output pairs. This type of learning infers a function from labeled and organized training data that consists of sets of training examples.

Datasets used for training with supervised learning are labeled with X and Y axis variables and usually consist of metadata rather than image inputs. A popular example of a supervised learning dataset is the University of California Irvine Iris Dataset where the predicted attribute is the class of Iris (a type of flower) and the inputs are different variables depicting Iris classes (petal width and length, sepal width and length).

Supervised learning models are prepared through a training process where the model is required to make predictions and corrects itself when those predictions are incorrect. This guess-and-check type process continues until the model achieves a predetermined level of accuracy using the given training data.

Unsupervised learning leaves algorithms to find structure in the inputs without the use of predefined variable names or labels.

Algorithms allow for sectors of machine learning like unsupervised, supervised, and semi-supervised learning to be productive.

Regression algorithms can be used for supervised and semi-supervised learning, and specifically deal with modeling the relationship between variables. It is refined iteratively using a measure of error in the predictions made by the model at hand. Regression is both a type of machine learning problem and algorithm.

For our intents and purposes, we are discussing regression as it relates to being a type of error-based machine learning algorithm. Popular regression algorithms include a handful, but the most relevant to us in this article are linear, logistic, and ordinary least squares regression.

Simple linear regression is a relatively easy concept for a machine learning model algorithm in part due to its simplicity. The number of independent variables is 1, and there is a linear relationship between the independent and dependent X and Y variables. The line of best fit models given points in a dataset with the most accuracy. The line is then modeled with a linear equation where y = A0 + A1(x) → or y = mx + b.

Linear regression as an algorithm aims to find the best fitting values for A0 and A1 which is a two part process which can be better understood by learning about cost function and gradient descent.

The above mathematical representation is the formal definition of the sum of squared errors error function. Keep in mind that M is the complete machine learning model at hand, instead of a variable that represents a single value.

The training set given is composed of n training instances, each of which have d descriptive features and T single-target feature. Mw (d) is the prediction made by the candidate model at hand for any given training instance containing di descriptive features. The machine learning aspect of this function can be seen where the candidate model Mw  is defined by the weight vector w.

The weights can change, there is a corresponding sum of squared errors value for every possible combination of weights (weights are also known as model parameters). The key to using simple linear regression models is determining the optimal values for the weights using the equation.

Multivariable linear regression with gradient descent can be used to train a best-fit model for a given training set, and is one of the most common approaches to doing so within error-based machine learning.

A random example of a machine learning model where this type of algorithm would be useful is for predicting the price of a house in a neighborhood where variables like land size, crime rate, and miles from schooling are integral to the fluctuating price of the house.

We can actually take our simple linear regression representation from earlier in the article and extend it to include an array of variables rather than just one.

We can easily spot the summation process in this equation, so we can replace it with sigma, and reduce the sum of all descriptive features to just Mw(d) =w*d.

What this means, in essence, is that w*d is the sum of the products of the arrays’ w and d corresponding elements. The loss function calculated earlier (L2) can be altered to reflect the new regression equation which takes into account multi variability.

What this means, in essence, is that w*d is the sum of the products of the arrays’ w and d corresponding elements. The loss function calculated earlier (L2) can be altered to reflect the new regression equation which takes into account multi variability.

Here, w*d is representative of the dot product of the vectors w and d, as deduced earlier. The above multivariable model allows us to include more than one descriptive feature in a concise way. An example of the equation using real-life variables (referring to our house-price example) would be: price = w[0] +w[1] * landSize + w[2] *crimeRate

Gradient Descent as a Concept

We can still, however, use error surfaces as part of the gradient descent process to calculate the global minimum (which is different from simple linear regression). Instead of visualizing a simple, bowl-shaped error surface, imagine a non-convex error surface where there are peaks and valleys – similar to a mountainous landscape:

Gradient descent begins by selecting a random point within the space of weight. Our algorithm can only use local information from around this point because the rest of the space is unknown. Using the slope of the error surface at that location, the randomly selected weights can then be adjusted little by little in the direction of the error surface gradient to move to a new position on the error surface.

The gradient descent algorithm for training multivariable linear regression models requires a set of training instances (referred to as D), as well as a learning rate (α) for controlling the rate at which the algorithm converges, a convergence criterion that indicates when to stop the algorithm iterations, and lastly, an error delta function that determines the direction in which to adjust the randomized weight for coming closer to the global minimum.

Taking into consideration more than one variable changes the previous sum of squared errors for each training instance to:

Just as a reminder, D in this case refers to the set of training instances and w[j] (discussed later) is the randomly selected beginning weight.

For each calculated gradient using the above equation for machine learning algorithms, we want to move in the opposite direction for the purpose of returning a lower value on the error surface. The error delta function calculates the delta value that determines the direction and the magnitude of the adjustments made to each weight.

The delta value is determined by the gradient of the error surface at the latest position in the space of weight. Therefore, our error delta function (whose purpose is to calculate the direction to move in for a given weight), is:

The above is the weight update rule for multivariable linear regression with gradient descent, where tiis the expected target feature for i training instance and relates to w (the weight vector), di [j] (j^th descriptive feature corresponding to the i^th instance of training), and (the constant learning rate). The error delta function is the lower equation starting with the sigma sign (in curly brackets) within the greater weight update rule.

The above is the weight update rule for multivariable linear regression with gradient descent, where ti is the expected target feature for i training instance and relates to w (the weight vector), di [j] (j descriptive feature corresponding to the i instance of training), and (the constant learning rate). The error delta function is the lower equation starting with the sigma sign (in curly brackets) within the greater weight update rule.

Understanding the weight update rule for machine learning algorithms starts with understanding how it changes weights based on the error calculations by predictions made in the current candidate model.

This process in its entirety is also known as “batch gradient descent” because one adjustment is made to each weight for each iteration, so the weights are changed in “batches.”

A random example of how logistic regression has been used as an algorithm for machine learning is modeling how new words enter a language over time or how the amount of people using a product changes its buying patterns over time.

For reference, the above equation represents e as Euler’s number (2.71828), the base of the natural logarithms, and x as the input value.

Instead of the regression function being the dot product of the weights and descriptive features like in linear and multivariable regression functions, the logistic function passes the dot products of weights and descriptive feature values through it. The decision surface that results from the above equation once values are substituted is quite different from the error surfaces we saw earlier for multivariable and linear regression.

This is a benefit for using logistic regression, since the correct and incorrect prediction accuracies are not as “black and white” as they are for simple linear and multivariable regression. Logistic regression models can also be interpreted as probabilities of the occurrence of a target level (through the use of the logistic function).

Logistic, simple linear, and multivariable regression are all popular algorithms among regression, but there are many other algorithms that don’t use regression in the same way as the above methods.

If you liked this article, we recommend you also check out our other articles that pertain to machine learning algorithms, such as: 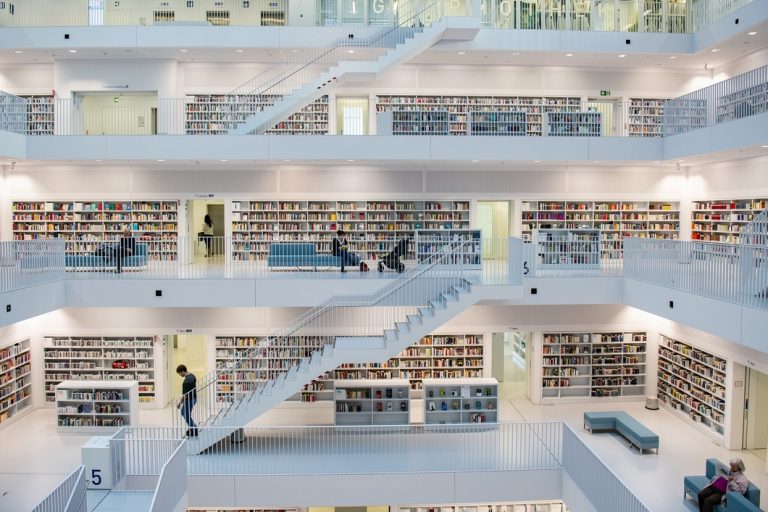 Self-Supervised Learning: What It Is, Examples and Methods for Computer Vision

Learn about self-supervised learning: What it is, examples and methods for computer vision. Fewer labels and smaller samples as new standard? 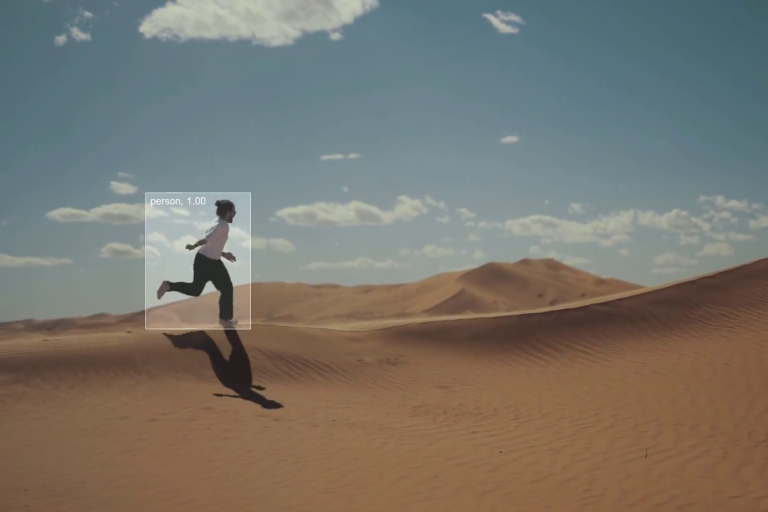 Image Recognition: Everything You Need to Know (Guide)