YOLOR – You Only Learn One Representation (What’s new, 2022) 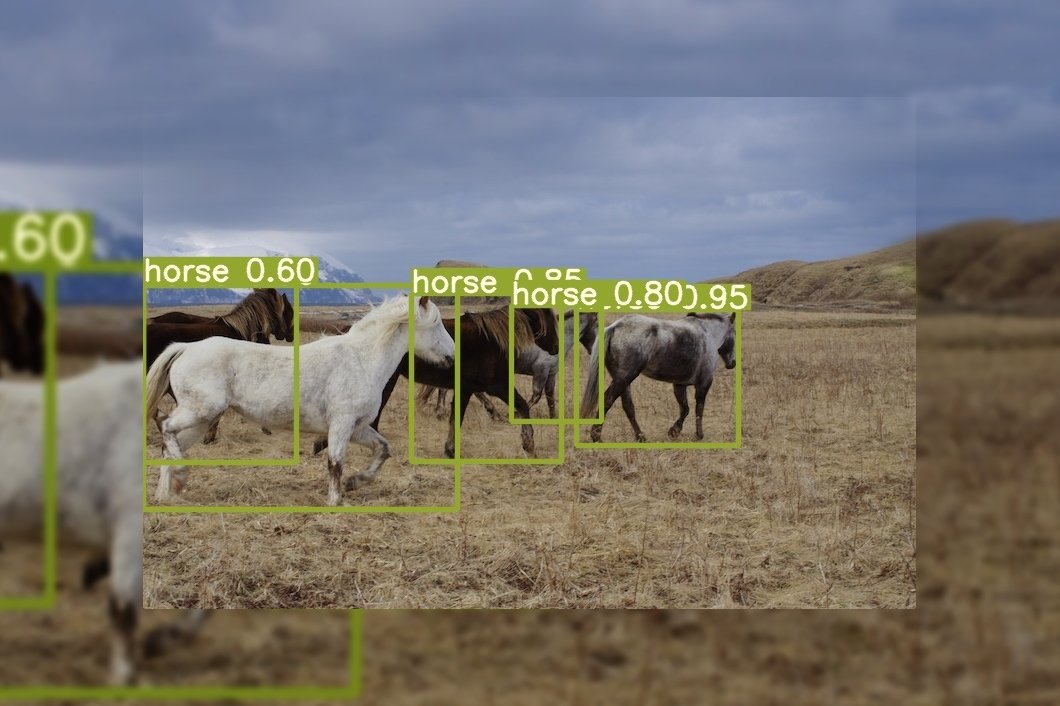 This article will discuss YOLOR, a novel and state-of-the-art deep learning algorithm for computer vision tasks, namely Object Detection. In particular, you will learn the following:


YOLOR is a state-of-the-art machine learning algorithm for object detection, different from YOLOv1-YOLOv5 due to the difference in authorship, architecture, and model infrastructure. YOLOR stands for “You Only Learn One Representation”, not to be confused with YOLO versions 1 through 4, where YOLO stands for “You Only Look Once”.

YOLOR is proposed as a “unified network to encode implicit knowledge and explicit knowledge together”. The findings of the YOLOR research paper with the title “You Only Learn One Representation: Unified Network for Multiple Tasks” states that the results demonstrate benefit from using implicit knowledge.

In the following, I will guide you through the concept and terminology of YOLOR.


Who created the YOLOR algorithm?


YOLOR authors include Chien-Yao Wang, I-Hau, The, and Hong-Yuan Mark Liao. However, the previous versions of YOLO implementations have been created by Joseph Redmon and Ali Farhadi (YOLOv1 to YOLOv3), and Aleksey Bochkovskiy (YOLOv4). The authors of YOLOR represent the Taiwanese Institute of Information Science, Academia Sinica, and Elan Microelectronics Corporation of Taiwan.

For example, object analysis is often used for medical purposes, where classic object detection algorithms made for differentiating cars, and people would be ineffective.

There are three notable processes by which this architecture is made functional: kernel space alignment, prediction refinement, and a convolutional neural network (CNN) with multi-task learning. According to the results, when implicit knowledge is introduced to the neural network that was already trained with explicit knowledge, the network benefits the performance of various tasks.


Human beings can answer different questions given a single input. Given one piece of data, humans can analyze the data from different angles. For example, a photo of something may elicit different responses regarding the action depicted, location, etc. YOLOR aims to give this ability to machine learning models – so that they are able to serve many tasks given one input.

Convolutional Neural Networks (CNN) usually fulfill one specific objective, while they could be trained to solve multiple problems at once, which is exactly the goal of YOLOR. CNNs are often created with a single goal in mind. While CNNs learn how to analyze inputs to get outputs, YOLOR tries to have CNNs both (1) learn how to get outputs and also (2) what all the different outputs could be. Rather than just one output, it can have many.

The new YOLOR algorithm aims to accomplish tasks using a fraction of predicted additional costs for comparative algorithms. Hence, YOLOR is a unified network that can process implicit and explicit knowledge together and produce a general representation that is refined because of that methodology.

In combination with state-of-the-art methods, the YOLOR achieved comparable object detection accuracy as the Scaled YOLOv4, while the inference speed was increased by 88%. This makes YOLOR one of the fastest object detection algorithms in modern computer vision. On the MS COCO dataset, the mean average precision of YOLOR is 3.8% higher compared to the PP-YOLOv2, at the same inference speed.

What is Explicit Information

Explicit knowledge is given to neural networks by providing clear metadata or image databases that are either thoroughly annotated or well organized. Explicit knowledge can be thought of like flashcards for the machine learning model, with clear definitions and pictures/inputs corresponding to those images.

After the model goes through the deck of flashcards, it is now well-versed in classifying images with their respective definitions, or “classes.” Explicit knowledge for YOLOR is obtained from the shallow layers of the neural networks. This knowledge directly corresponds to observations that are supposed to be made.

What is Implicit Information

Deep equilibrium models are used to develop implicit learning into residual-form neural networks. It is then used to perform the equilibrium point calculation for the model. This is useful for other parts of the model, which you can read more about in the YOLOR research paper as it pertains to complex mathematical calculations.

Integration of Implicit and Explicit Learning

YOLOR is supposed to be a unified network that can integrate implicit and explicit knowledge in order to create a general representation. The general representation then enables sub-representations ideal for a wide array of tasks. Implicit and explicit information was integrated into a unified network by combining compressive sensing and deep learning. There are a few key points in the research paper that describe how the integration process is functional:

Read about related topics, such as the popular real-time object detection algorithm YOLOv3 and the rather controversial YOLO version 5.