Everything about Mask R-CNN: A Beginner’s Guide 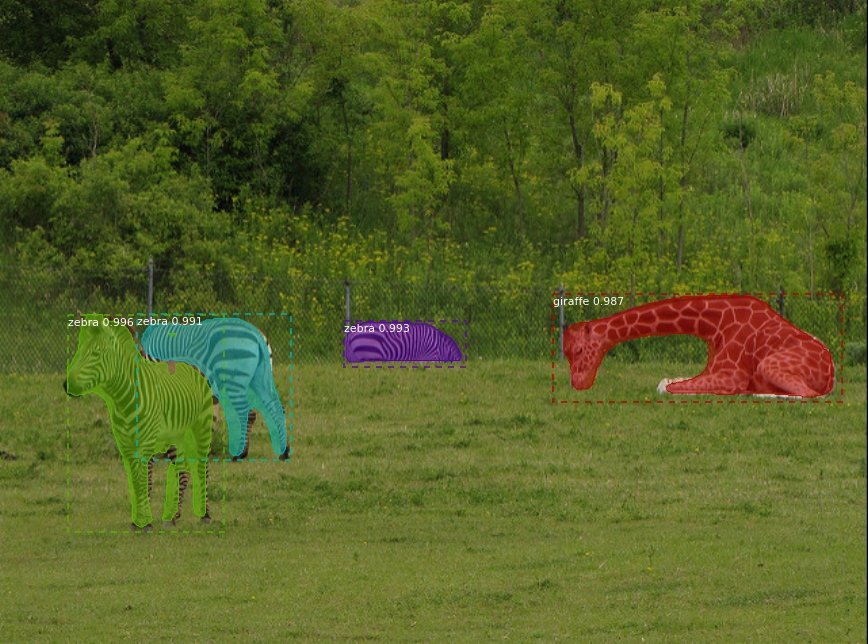 Mask R-CNN is a Convolutional Neural Network (CNN) and state-of-the-art in terms of image segmentation. This variant of a Deep Neural Network detects objects in an image and generates a high-quality segmentation mask for each instance.

In this article, I will provide a simple and high-level overview of Mask R-CNN. Then, we will discuss the basic concepts required to understand what Mask R-CNN is and how it works:

To understand the differences between Mask RCNN, Faster RCNN vs. RCNN, we first have to understand what a CNN is and how it works.

What is a Convolutional Neural Network (CNN)?

Combining the layers of a CNN enables the designed neural network to learn how to identify and recognize the object of interest in an image. Simple Convolutional Neural Networks are built for image classification and object detection with a single object in the image.

In a more complex situation with multiple objects in an image, a simple CNN architecture isn’t optimal. For those situations, Mask R-CNN is a state-of-the-art architecture, that is based on R-CNN (also referred to as RCNN).

R-CNN or RCNN, stands for Region-Based Convolutional Neural Network, it is a type of machine learning model that is used for computer vision tasks, specifically for object detection.

To understand what RCNN is, we will look next into the RCNN architecture.

How does R-CNN work?

The following image depicts the concept of region-based CNN (R-CNN). This approach utilizes bounding boxes across the object regions, which then evaluates convolutional networks independently on all the Regions of Interest (ROI) to classify multiple image regions into the proposed class.

The RCNN architecture was designed to solve image detection tasks. Also, R-CNN architecture forms the basis of Mask R-CNN and it was improved into what we know as Faster R-CNN.

What is Faster R-CNN?

Fast R-CNN is an improved version of R-CNN architectures with two stages:

Faster R-CNN advances this stream by learning the attention mechanism with a Region Proposal Network and Fast R-CNN architecture. The reason why “Fast R-CNN” is faster than R-CNN is because you don’t have to feed 2’000 region proposals to the convolutional neural network every time. Instead, the convolution operation is done only once per image, and a feature map is generated from it.

Furthermore, Faster R-CNN is an optimized form of R-CNN because it is built to enhance computation speed (run R-CNN much faster).

The main difference between Fast and Faster RCNN is that that Fast R-CNN uses selective search for generating Regions of Interest, while Faster R-CNN uses a “Region Proposal Network” (RPN).

Let’s move on to see how Faster R-CNN was used in building Mask-R-CNN.

What is Mask R-CNN?

The computer vision task Image Segmentation is the process of partitioning a digital image into multiple segments (sets of pixels, also known as image objects). This segmentation is used to locate objects and boundaries (lines, curves, etc.).

There are 2 main types of image segmentation that fall under Mask R-CNN:

Semantic segmentation classifies each pixel into a fixed set of categories without differentiating object instances. In other words, semantic segmentation deals with the identification/classification of similar objects as a single class from the pixel level.

As shown in the image above, all objects were classified as a single entity (person). Semantic segmentation is otherwise known as background segmentation because it separates the subjects of the image from the background.

Instance Segmentation, or Instance Recognition, deals with the correct detection of all objects in an image while also precisely segmenting each instance. It is, therefore, the combination of object detection, object localization, and object classification. In other words, this type of segmentation goes further to give a clear distinction between each object classified as similar instances.

As shown in the example image above, for Instance Segmentation, all objects are persons, but this segmentation process separates each person as a single entity. Semantic segmentation is otherwise known as foreground segmentation because it accentuates the subjects of the image instead of the background.

How does Mask R-CNN work?

Mask R-CNN was built using Faster R-CNN. While Faster R-CNN has 2 outputs for each candidate object, a class label and a bounding-box offset, Mask R-CNN is the addition of a third branch that outputs the object mask. The additional mask output is distinct from the class and box outputs, requiring the extraction of a much finer spatial layout of an object.

Mask R-CNN is an extension of Faster R-CNN and works by adding a branch for predicting an object mask (Region of Interest) in parallel with the existing branch for bounding box recognition.

The key element of Mask R-CNN is the pixel-to-pixel alignment, which is the main missing piece of Fast/Faster R-CNN. Mask R-CNN adopts the same two-stage procedure with an identical first stage (which is RPN). In the second stage, in parallel to predicting the class and box offset, Mask R-CNN also outputs a binary mask for each RoI. This is in contrast to most recent systems, where classification depends on mask predictions.

Furthermore, Mask R-CNN is simple to implement and train given the Faster R-CNN framework, which facilitates a wide range of flexible architecture designs. Additionally, the mask branch only adds a small computational overhead, enabling a fast system and rapid experimentation.

In a similar application, satellite imagery has been used to create maps for use by humanitarian organizations. In this project, Mask R-CNN was used for the mapping task. 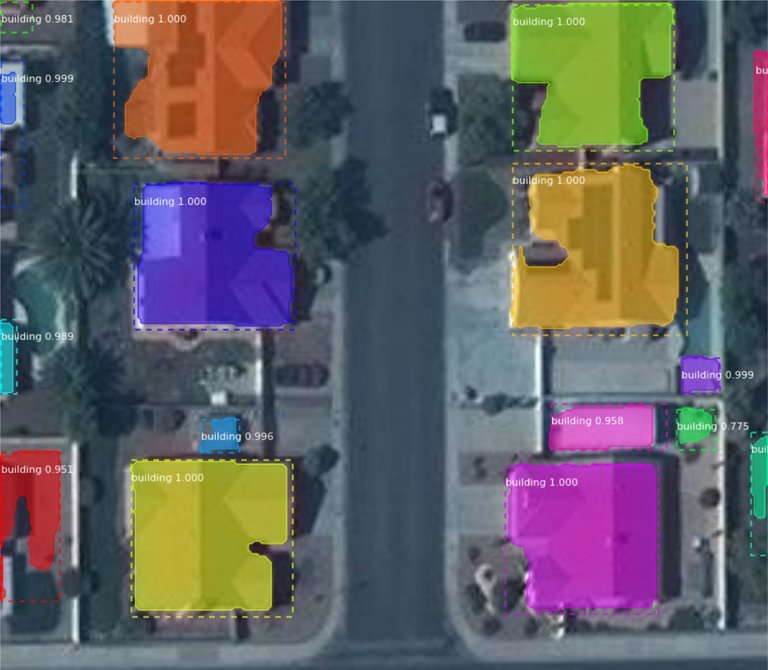 Visit this article about image segmentation to explore more use cases and applications of Mark R-CNN and similar algorithms. Popular applications include autonomous vehicles and medical applications, such as tumor detection or even detecting features related to the coronavirus.

If you enjoyed reading this article, I recommend:

The Top 10 Applications of Computer Vision in Aviation