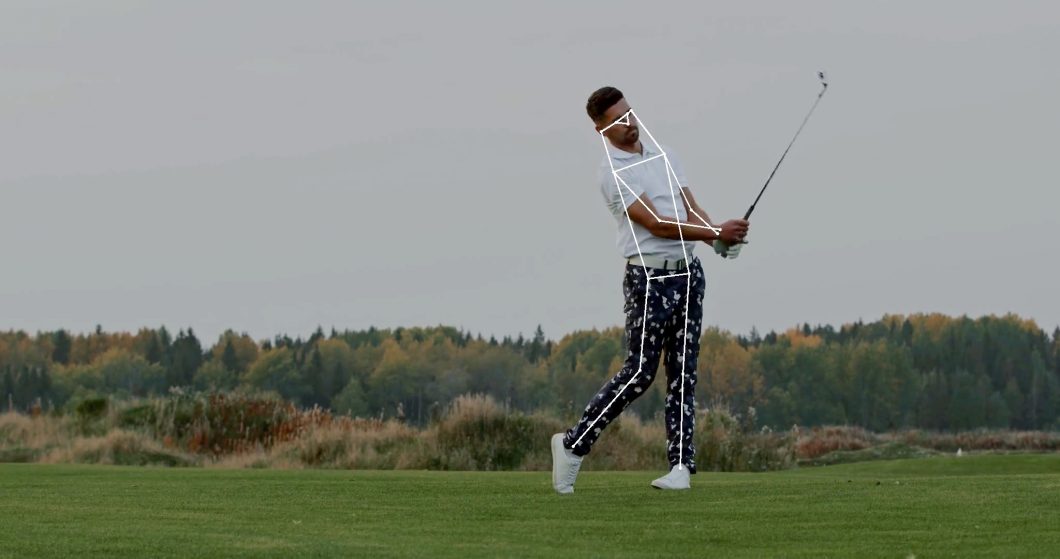 Pose estimation is a popular task in Computer Vision. As a field of artificial intelligence (AI), computer vision enables machines to perform image processing tasks with the aim of imitating human vision.

This article provides an easy-to-read guide about the latest pose tracking methods in AI vision.

What Is Pose Estimation?

The performance of semantic keypoint tracking in live video footage requires high computational resources what has been limiting the accuracy of pose estimation. With the latest advances, new applications with real-time requirements become possible, such as self-driving cars and last-mile delivery robots.

Today, the most powerful image processing models are based on convolutional neural networks (CNNs). Hence, state-of-the-art methods are typically based on designing the CNN architecture tailored particularly for human pose inference.

All approaches for pose estimation can be grouped into bottom-up and top-down methods.

The Importance of Pose Estimation

In traditional object detection, people are only perceived as a bounding box (a square). By performing pose detection and pose tracking, computers can develop an understanding of human body language. However, conventional pose tracking methods are neither fast enough nor robust enough to occlusions to be viable.

High-performing real-time pose detection and tracking will drive some of the biggest trends in computer vision. For example, tracking the human pose in real-time will enable computers to develop a finer-grained and more natural understanding of human behavior.

This will have a big impact on various fields, for example, in autonomous driving. Today, the majority of self-driving car accidents are caused by “robotic” driving, where the self-driving vehicle conducts an allowed but unexpected stop, and a human driver crashes into the self-driving car. With real-time human pose detection and tracking, the computers are able to understand and predict pedestrian behavior much better – allowing more natural driving.

What is Human Pose Estimation?

Human pose estimation aims at predicting the poses of human body parts and joints in images or videos. Since pose motions are often driven by some specific human actions, knowing the body pose of a human is critical for action recognition.

What is 2D Human Pose Estimation?

Early computer vision works described the human body as a stick figure to obtain global pose structures. However, modern deep learning based approaches have achieved major breakthroughs by improving the performance significantly for both single-person and multi-person pose estimation. Some popular 2D human pose estimation methods include OpenPose, CPN, AlphaPose, and HRNet (we will cover them and others later in this article).

What is 3D Human Pose Estimation?

3D Human Pose Estimation is used to predict the locations of body joints in 3D space. Besides the 3D pose, some methods also recover 3D human mesh from images or videos. This field has attracted much interest in recent years since it is used to provide extensive 3D structure information related to the human body. It can be applied to various applications, such as 3D animation industries, virtual or augmented reality, and 3D action prediction. 3D human pose estimation can be performed on monocular images or videos (normal camera feeds).

Using multiple viewpoints or additional sensors (IMU or LiDAR), 3D pose estimation can be applied with information fusion techniques, which is a very challenging task. While 2D human datasets can be easily obtained, collecting accurate 3D pose image annotation is time-consuming, and manual labeling is not practical and expensive. Therefore, although 3D pose tracking has made significant advancements in recent years, especially due to the progress made in 2D human pose estimation, there are still several challenges to overcome: Model generalization, robustness to occlusion, and computation efficiency.

A popular library that uses neural networks for real-time 3D human pose estimation, even for multi-person use cases, is OpenPose.

Most methods use an N-joints rigid kinematic model where a human body is represented as an entity with joints and limbs, containing body kinematic structure and body shape information.

There are three types of models for human body modeling:

Human pose estimation is a challenging task as the body’s appearance joins changes dynamically due to diverse forms of clothes, arbitrary occlusion, occlusions due to the viewing angle, and background contexts. Pose estimation needs to be robust to challenging real-world variations such as are lighting and weather.

Therefore, it is challenging for image processing models to identify the fine-grained joint coordinates. It is especially difficult to track small and barely visible joints.

Estimating the head pose of a person is a popular computer vision problem. Head pose estimation has multiple applications such as aiding in gaze estimation, modeling attention, fitting 3D models to video and performing face alignment.

Traditionally head pose is computed with the use of keypoints from the target face and by solving the 2D to 3D correspondence problem with a mean human head model.

The ability to recover the 3D pose of the head is a by-product of keypoint-based facial expression analysis that is based on the extraction of 2D facial keypoints with deep learning methods. Those methods are robust to occlusions and extreme pose changes.

Most state-of-the-art methods focus on human body pose detection and tracking. However, some models were developed to be used with animals and cars (object pose estimation).

Animal pose estimation comes with additional challenges such as limited labeled data (need to collect data and annotate images manually) and a large number of self-occlusions. Therefore, datasets for animals are usually small and include limited animal species.

Also, estimating the pose of multiple animals is a challenging computer vision problem due to frequent interactions that cause occlusions and complicate assigning detected key points to the correct individual. Also, it is challenging to have very similar-looking animals that interact more closely than humans typically would.

To address those issues, transfer learning techniques have been developed to re-apply methods from humans to animals. An example is multi-animal pose estimation and tracking with DeepLabCut, a state-of-the-art, popular open-source pose estimation toolbox for animals and humans. Read more about animal pose tracking in our article about applications of computer vision in agriculture.

How does Pose Estimation work?

Pose estimation utilizes pose and orientation to predict and track the location of a person or object. Accordingly, pose estimation allows programs to estimate spatial positions (“poses”) of a body in an image or video. In general, most pose estimators are 2 steps frameworks that detect human bounding boxes and then estimate the pose within each box.

Human pose estimation on the popular MS COCO Dataset can detect 17 different keypoints (classes). Each keypoint is annotated with three numbers (x,y,v), where x and y mark the coordinates, and v indicates if the keypoint is visible.

Next, we will list and review the popular human pose detection and tracking methods.

The Most popular Pose Estimation methods

Use Cases and Applications of Pose Estimation

Human pose estimation has been utilized in a wide range of applications, including human-computer interaction, action recognition, motion analysis, augmented reality, sports and fitness, and robotics.

Pose estimation has applications in lots of fields, some of which are listed below.

As of today, pose estimation interfaced with augmented and virtual reality applications gives users a better online experience. For instance, users can virtually learn how to play games like tennis via virtual tutors who are pose represented.

More so, pose estimators can also be interfaced with augmented reality-based applications. For example, The United States Army experiments with augmented reality programs to be used in combat. These programs aim to help soldiers distinguish between enemies and friendly troops, as well as improve night vision.

Typical use cases of pose estimators is in the application of making robots learn certain crafts. In place of manually programming robots to follow trajectories, robots can be made to learn actions and movements by following the tutor’s posture look or appearance.

Other applications of pose estimation are in-game applications, where human subjects auto-generate and inject poses into the game environment for an interactive gaming experience. For instance, Microsoft’s Kinect used 3D pose estimation (using IR sensor data) to track the motion of the human players and to use it to render the actions of the characters virtually into the gaming environment.

New technologies and methods make it possible to decrease the size of AI models, making pose estimation algorithms less “heavy” and much more efficient. This is the basis for the real-world implementation of human pose detection.

As a result, it becomes possible to deploy pose estimation algorithms to edge devices and perform on-device machine learning (Edge AI). Edge Inference makes the technology scalable, more robust for mission-critical applications (offline capability), and private (no visuals need to be sent to the cloud). An example of a lightweight pose estimation model for Edge ML is Lightweight OpenPose.

How to get started

Pose estimation is a fascinating aspect of computer vision that can be applied in multiple fields, including technology, healthcare, business, and others. Aside from its prominence in modeling human characters via Deep Neural Networks that learn various key points, it is also used for security and surveillance systems.

If you enjoyed reading this article, we recommend you to read about:

What Does Computer Vision Cost? An Ultimate Guide for Businesses

A comprehensive guide to help understand and lower the costs of computer vision. Strategies to save costs and power cost-efficient AI vision.
Read More »