Object Detection in 2021: The Definitive Guide 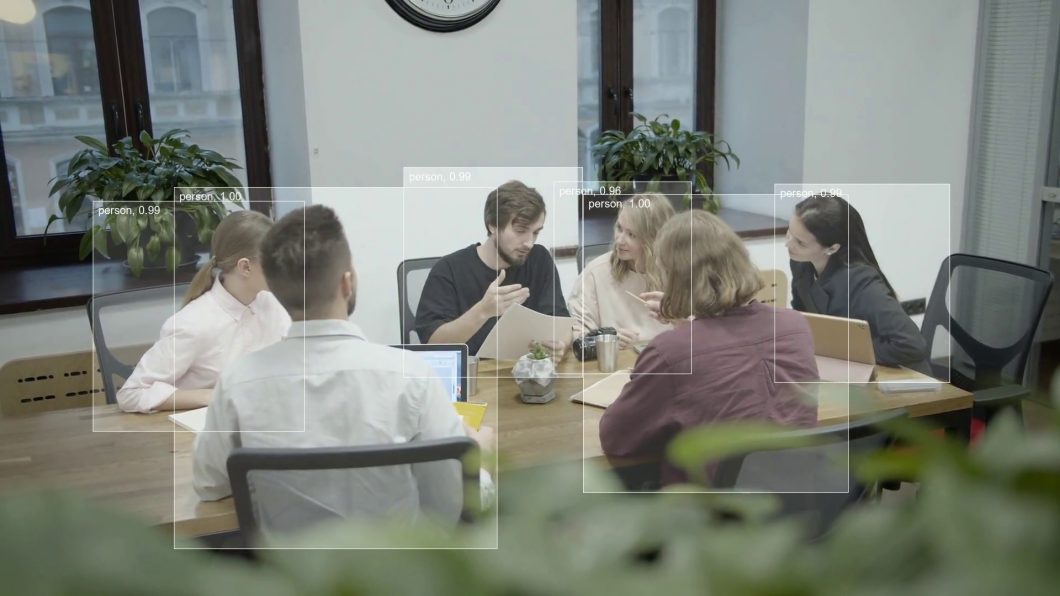 This article will provide you an introduction to object detection and provide an overview of the state-of-the-art computer vision object detection algorithms. Object detection is a key field in artificial intelligence, allowing computer systems to “see” their environments by detecting objects in visual images or videos.

In particular, you will learn about:

What is Object Detection?

Object detection is an important computer vision task used to detect instances of visual objects of certain classes (for example, humans, animals, cars, or buildings) in digital images such as photos or video frames. The goal of object detection is to develop computational models that provide the most fundamental information needed by computer vision applications: “What objects are where?”.

However, deep learning models such as YOLO that are trained for person detection on a frontal view data set still provides significantly good results when applied for overhead view person counting (TPR of 95%, FPR up to 0.2%). To learn more about person detection and how to use the person detector output to create an application such as people counting, check out our article: How to create a People Counting System with deep learning.

Why is Object Detection important?

Machine learning (ML) is a branch of artificial intelligence (AI), and it essentially involves learning patterns from examples or sample data as the machine accesses the data and has the ability to learn from it (supervised learning on annotated images). Deep Learning is a specialized form of machine learning which involves learning in different stages. To learn more about the technological background, check out our article: What’s the difference between Machine Learning and Deep Learning?

A wide range of computer vision applications has become available for object detection and tracking. As a result, numerous real-world applications, such as healthcare monitoring, autonomous driving, video surveillance, anomaly detection, or robot vision, are based on deep learning object detection.

Imaging technology has greatly progressed in recent years. Cameras are smaller, cheaper, and of higher quality than ever before. Meanwhile, computing power has dramatically increased and became much more efficient. In past years, computing platforms moved toward parallelization through multi-core processing, graphical processing unit (GPU), and AI accelerators such as tensor processing units (TPU)

To understand which algorithm is the best for a given use case, it is important to understand the main characteristics. First, we will look into the key differences of the relevant image recognition algorithms for object detection before discussing the individual algorithms.

As you can see in the list above, the state-of-the-art object detection methods can be categorized into two main types: One-stage vs. two-stage object detectors.

To simplify the process, you can separate those tasks into two stages. Other methods combine both tasks into one step (single-stage detectors) to achieve higher performance at the cost of accuracy.

Two-stage detectors: In two-stage object detectors, the approximate object regions are proposed using deep features before these features are used for the classification as well as bounding box regression for the object candidate.

How to compare object detection algorithms

The most popular benchmark is the Microsoft COCO dataset. Different models are typically evaluated according to a Mean Average Precision (MAP) metric. In the following, we will compare the best real-time object detection algorithms. It’s important to note that the algorithm selection depends on the use case and application; different algorithms excel at different tasks (e.g., Beta R-CNN shows best results for Pedestrian Detection).

On the MS COCO dataset and based on the Mean Average Precision (MAP), the best real-time object detection algorithm in 2021 is YOLOR (MAP 56.1). The algorithm is closely followed by YOLOv4 (MAP 55.4) and EfficientDet (MAP 55.1).

Also, on the MS COCO dataset, an important benchmark metric is inference time (ms). Based on current inference times (lower is better), the YOLOv4 is the fastest object-detection algorithm (12ms), followed by TTFNet (18.4ms) and YOLOv3 (29ms). Note how the introduction of YOLO (one-stage detector) led to dramatically faster inference times compared to the two-stage method Mask R-CNN (333ms).

Object Detection Use Cases and Applications

The use cases involving object detection are very diverse; there are almost unlimited ways to make computers see like humans to automate manual tasks or create new, AI-powered products and services. It has been implemented in computer vision programs used for a range of applications, from sports production to productivity analytics. To find an extensive list of recent computer vision applications, I recommend you to check out our article about the 56 Most Popular Computer Vision Applications in 2021.

Today, object recognition is the core of most vision-based AI software and programs. Object detection plays an important role in scene understanding, which is popular in security, transportation, medical, and military use cases.

Popular algorithms used to perform object detection include convolutional neural networks (R-CNN, Region-Based Convolutional Neural Networks), Fast R-CNN, and YOLO (You Only Look Once). The R-CNN’s are in the R-CNN family, while YOLO is part of the single-shot detector family. In the following, we will provide an overview and differences of the popular object detection algorithms.

YOLO – You Only Look Once

As a real-time object detection system, YOLO object detection utilizes a single neural network. The latest release of ImageAI v2.1.0 now supports training a custom YOLO model to detect any kind and number of objects. Convolutional neural networks are instances of classifier-based systems where the system repurposes classifiers or localizers to perform detection and applies the detection model to an image at multiple locations and scales. Using this process, “high scoring” regions of the image are considered detections. Simply put, the regions which look most like the training images given are identified positively.

As a single-stage detector, YOLO performs classification and bounding box regression in one step, making it much faster than most convolutional neural networks. For example, YOLO object detection is more than 1000x faster than R-CNN and 100x faster than Fast R-CNN.

YOLOv3 achieves 57.9% mAP on the MS COCO dataset compared to DSSD513 of 53.3% and RetinaNet of 61.1%. YOLOv3 uses multi-label classification with overlapping patterns for training. Hence it can be used in complex scenarios for object detection. Because of its multi-class prediction capabilities, YOLOv3 can be used for small object classification while it shows worse performance for detecting large or medium-sized objects. Read more about YOLOv3 here.

YOLOv4 is an improved version of  YOLOv3. The main innovations are mosaic data enhancement, self-adversarial training, and cross mini-batch normalization.

SSD is a popular one-stage detector that can predict multiple classes. The method detects objects in images using a single deep neural network by discretizing the output space of bounding boxes into a set of default boxes over different aspect ratios and scales per feature map location.

The object detector generates scores for the presence of each object category in each default box and adjusts the box to better fit the object shape. Also, the network combines predictions from multiple feature maps with different resolutions to handle objects of different sizes.

The SSD detector is easy to train and integrate into software systems that require an object detection component. In comparison to other single-stage methods, SSD has much better accuracy, even with smaller input image sizes.

Region-based convolutional neural networks or regions with CNN features (R-CNNs) are pioneering approaches that apply deep models to object detection. R-CNN models first select several proposed regions from an image (for example, anchor boxes are one type of selection method) and then label their categories and bounding boxes (e.g., offsets). These labels are created based on predefined classes given to the program. They then use a convolutional neural network to perform forward computation to extract features from each proposed area.

In R-CNN, the inputted image is first divided into nearly two thousand region sections, and then a convolutional neural network is applied for each region, respectively. The size of the regions is calculated, and the correct region is inserted into the neural network. It can be inferred that a detailed method like that can produce time constraints. Training time is significantly greater compared to YOLO because it classifies and creates bounding boxes individually, and a neural network is applied to one region at a time.

In 2015, Fast R-CNN was developed with the intention to cut down significantly on train time. While the original R-CNN independently computed the neural network features on each of as many as two thousand regions of interest, Fast R-CNN runs the neural network once on the whole image. This is very comparable to YOLO’s architecture, but YOLO remains a faster alternative to Fast R-CNN because of the simplicity of the code.

At the end of the network is a novel method known as Region of Interest (ROI) Pooling, which slices out each Region of Interest from the network’s output tensor, reshapes, and classifies it. This makes Fast R-CNN more accurate than the original R-CNN. However, because of this recognition technique, fewer data inputs are required to train Fast R-CNN and R-CNN detectors.

Mask R-CNN is an advancement of Fast R-CNN. The difference between the two is that Mask R-CNN added a branch for predicting an object mask in parallel with the existing branch for bounding box recognition. Mask R-CNN is simple to train and adds only a small overhead to Faster R-CNN; it can run at 5 fps.

SqueezeDet is the name of a deep neural network for computer vision that was released in 2016. SqueezeDet was specifically developed for autonomous driving, where it performs object detection using computer vision techniques. Like YOLO, it is a single-shot detector algorithm. In SqueezeDet, convolutional layers are used only to extract feature maps but also as the output layer to compute bounding boxes and class probabilities. The detection pipeline of SqueezeDet models only contains single forward passes of neural networks, allowing them to be extremely fast.

MobileNet is a single-shot multi-box detection network used to run object detection tasks. This model is implemented using the Caffe framework. The model output is a typical vector containing the tracked object data, as previously described.

Compared to other object detection methods on the COCO dataset benchmark, the MAP of YOLOR is 3.8% higher than the PP-YOLOv2 at the same inference speed. Compared with the Scaled-YOLOv4, the inference speed has been increased by 88%, making it the fastest real-time object detector available today. Read more in our dedicated article about YOLOR – You Only Learn One Representation.

Object detection is one of the most fundamental and challenging problems in computer vision. It has received great attention in recent years, especially with the success of deep learning methods that currently dominate the recent state-of-the-art detection methods.

Object detection is increasingly important for computer vision applications in any industry. If you enjoyed reading this article, I suggest reading:

viso.ai joins the NVIDIA Inception Program for AI Startups to accelerate the AI ecosystem across the globe. A platform for AI vision. 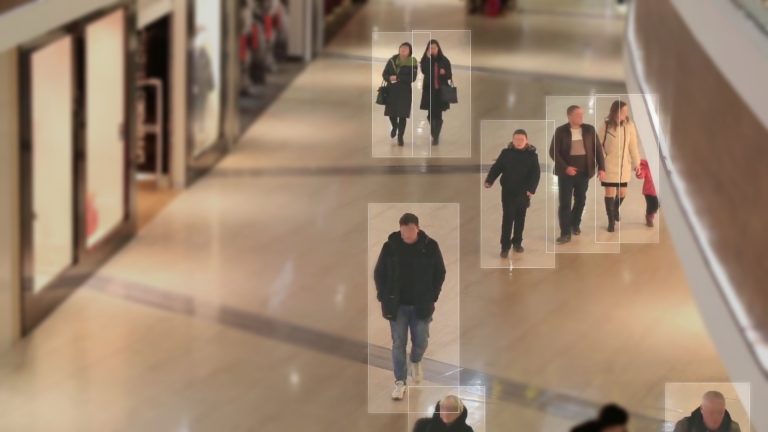 People Counting System: How To Make Your Own in Less Than 10 Minutes

Tutorial of how to build your own computer vision people counting system using Viso Suite.