What is Object Tracking? – An Introduction 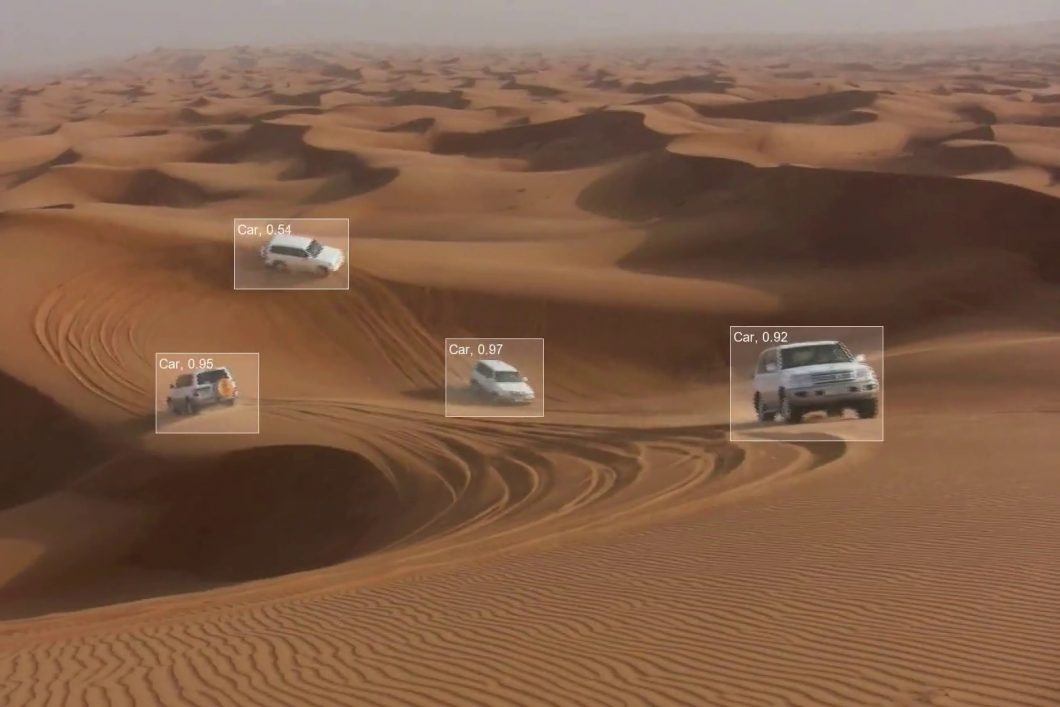 What is Object Tracking?

Object tracking is an application of deep learning where the program takes an initial set of object detections and develops a unique identification for each of the initial detections and then tracks the detected objects as they move around frames in a video.

In other words, object tracking is the task of automatically identifying objects in a video and interpreting them as a set of trajectories with high accuracy.

Often, there’s an indication around the object being tracked, for example, a surrounding square that follows the object, showing the user where the object is on the screen.

Uses and Types of Object Tracking

Object tracking is used for a variety of use cases involving different types of input footage. Whether or not the anticipated input will be an image or a video, or a real-time video vs. a prerecorded video, impacts the algorithms used for creating object tracking applications.

The processes used to execute video tracking tasks differ based on which type of video input is targeted. This will be discussed more in-depth when we compare batch and online tracking methods later in this article.

Different videotracking applications play an important role in video analytics, in scene understanding for security, military, transportation, and other industries. Today, a wide range of real-time computer vision and deep learning applications use videotracking methods. I recommend you to check out our extensive list of the most popular Computer Vision Applications in 2021

Visual tracking or visual target-tracking is a research topic in computer vision that is applied in a large range of everyday scenarios. The goal of visual tracking is to estimate the future position of a visual target that was initialized without the availability of the rest of the video.

Image tracking is meant for detecting two-dimensional images of interest in a given input. That image is then continuously tracked as they move in the setting.

Image tracking is ideal for datasets with highly contrasting images (ex. black and white), asymmetry, few patterns, and multiple identifiable differences between the image of interest and other images in the image set.

Image tracking relies on computer vision to detect and augment images after image targets are predetermined.

What are the common challenges and advantages of Object Tracking? The main challenges usually stem from issues in the image that make it difficult for object tracking models to effectively perform detections on the images.

Here, we will discuss the few most common issues with the task of tracking objects and methods of preventing or dealing with these challenges.

Algorithms for tracking objects are supposed to not only accurately perform detections and localize objects of interest but also do so in the least amount of time possible. Enhancing tracking speed is especially imperative for real-time object tracking models.

To manage the time taken for a model to perform, the algorithm used to create the object tracking model needs to be either customized or chosen carefully. Fast R-CNN and Faster R-CNN can be used to increase the speed of the most common R-CNN approach.

Since CNNs (Convolutional Neural Networks) are commonly used for object detection, CNN modifications can be the differentiating factor between a faster object tracking model and a slower one. Design choices besides the detection framework also influence the balance between speed and accuracy of an object detection model.

The backgrounds of inputted images or images used to train object tracking models also impact the accuracy of the model. Busy backgrounds of objects meant to be tracked can make it harder for small objects to be detected.

With a blurry or single color background, it is easier for an AI system to detect and track objects. Backgrounds that are too busy, have the same color as the object, or that are too cluttered can make it hard to track results for a small object or a lightly colored object.

Objects meant to be tracked can come in a variety of sizes and aspect ratios. These ratios can confuse the object tracking algorithms into believing objects are scaled larger or smaller than their actual size. The size misconceptions can negatively impact detections or detection speed.

To combat the issue of varying spatial scales, programmers can implement techniques such as feature maps, anchor boxes, image pyramids, and feature pyramids.

Occlusion has a lot of definitions. In medicine, occlusion is the “blockage of a blood vessel” due to the vessel merging to a close; in deep learning, it has a similar meaning.

In AI vision tasks using deep learning, occlusion happens when multiple objects come too close together (merge). This causes issues for object tracking systems because the occluded objects are seen as one or simply track the object incorrectly. The system can get confused and identify the initially tracked object as a new object.

Occlusion sensitivity prevents this misidentification by allowing the user to understand which parts of an image are the most important for the object tracking system to classify. Occlusion sensitivity refers to a measure of the network’s sensitivity to occlusion in different data regions. It is done using small subsets of the original dataset.

Object Tracking consists of multiple subtypes because it is such a broad application. Levels of object tracking differ depending on the number of objects being tracked.

Multiple object tracking is defined as the problem of automatically identifying multiple objects in a video and representing them as a set of trajectories with high accuracy.

Hence, multi-object tracking aims to track more than one object in digital images. It is also called multi-target tracking, as it attempts to analyze videos to identify objects (“targets”) that belong to more than one predetermined class

Multiple object tracking is of great importance in autonomous driving, where it is used to detect and predict the behavior of pedestrians or other vehicles. Hence, the algorithms are often benchmarked on the KITTI tracking test. KITTI is a challenging real-world computer vision benchmark and image dataset, popularly used in autonomous driving.

Object detections typically produce a collection of bounding boxes as outputs. Multiple object tracking often has little to no prior training regarding the appearance and number of targets. Bounding boxes are identified using their height, width, coordinates, and other parameters. Meanwhile, MOT algorithms additionally assign a target ID to each bounding box. This target ID is known as a detection, and it is important because it allows the model to distinguish among objects within a class.

For example, instead of identifying all cars in a photo where multiple cars are present as just “car,” MOT algorithms attempt to identify different cars as being different from each other rather than all falling under the “car” label. For a visual representation of this metaphor, refer to the image below. 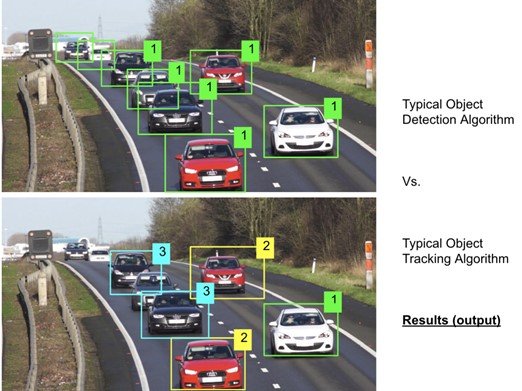 SOT implies that one singular object is tracked, even in environments involving other objects. Single Object Trackers are meant to focus on one given object rather than multiple. The object of interest is determined in the first frame, which is where the object to be tracked is initialized for the first time. The tracker is then tasked with locating that unique target in all other given frames.

SOT falls under the detection-free tracking category, which means that it requires manual initialization of a fixed number of objects in the first frame. These objects are then localized in consequent frames. A drawback of detection-free tracking is that it cannot deal with scenarios where new objects appear in the middle frames. SOT models should be able to track any given object.

Most multiple object tracking algorithms incorporate an approach called tracking-by-detection. The tracking-by-detection method involves an independent detector that is applied to all image frames to obtain likely detections, and then a tracker, which is run on the set of detections. Hereby, the tracker attempts to perform data association (for example, linking the detections to obtain complete trajectories). The detections extracted from video inputs are used to guide the tracking process by connecting them and assigning identical IDs to bounding boxes containing the same target.

Online tracking methods for performing MOT generally perform worse than batch methods because of the limitation of online methods staying constrained to the present frame. However, this methodology is sometimes necessary because of the use case.

For example, real-time problems requiring the tracking of objects, like navigation or autonomous driving, do not have access to future video frames, which is why online tracking methods are still a viable option.

Some object tracking models are created using these steps separately from each other, while others combine and use the steps in conjunction. These differences in algorithm processing create unique models where some are more accurate than others.

OpenCV object tracking is a popular method because OpenCV has so many algorithms built-in that are specifically optimized for the needs and objectives of object or motion tracking.

Specific Open CV object trackers include the BOOSTING, MIL, KCF, CSRT, MedianFlow, TLD, MOSSE, and GOTURN trackers. Each of these trackers is best for different goals. For example, CSRT is best when the user requires a higher object tracking accuracy and can tolerate slower FPS throughput.

The selection of an OpenCV object tracking algorithm depends on the advantages and disadvantages of that specific tracker and the benefits:

DeepSORT is a good object tracking algorithm choice, and it is one of the most widely used object tracking frameworks. Appearance information is integrated within the algorithm, which vastly improves DeepSORT performance. Because of the integration, objects are trackable through longer periods of occlusion – reducing the number of identity switches.

For complete information on the inner workings of DeepSORT and specific algorithmic differences between DeepSORT and other algorithms, we suggest the article “Object Tracking using DeepSORT in TensorFlow 2” by Anushka Dhiman.

MATLAB is a numeric computing platform, which makes it different in its implementation compared to DeepSORT and OpenCV, but it is nevertheless a fine choice for visual tracking tasks.

The Computer Vision Toolbox in MATLAB provides video tracking algorithms, such as continuously adaptive mean shift (CAMShift) and Kanade-Lucas-Tomasi (KLT) for tracking a single object or for use as building blocks in a more complex tracking system.

MDNet is a fast and accurate, CNN-based visual tracking algorithm inspired by the R-CNN object detection network. It functions by sampling candidate regions and passing them through a CNN. The CNN is typically pre-trained on a vast dataset and refined at the first frame in an input video.

Therefore, MDNet is most useful for real-time object tracking use cases. However, while it suffers from high computational complexity in terms of speed and space, it still is an accurate option.

The computation-heavy aspects of MDNet can be minimized by performing RoI (Region of Interest) Pooling, however, which is a relatively effective way of avoiding repetitive observations and accelerating inference.

Object Tracking is used to identify objects in a video and interpreting them as a set of trajectories with high accuracy. Therefore, the main challenge is to hold a balance between computational efficiency and performance.

Check our article People Counting System: How To Make Your Own in Less Than 10 Minutes where we detect and track people in real-time video footage.

If you enjoyed reading this article and want to read about related topics, check out the following articles: 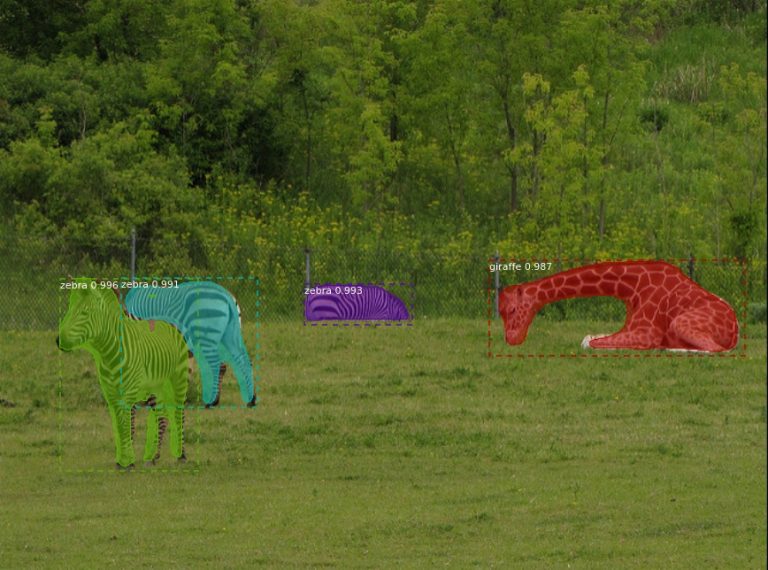 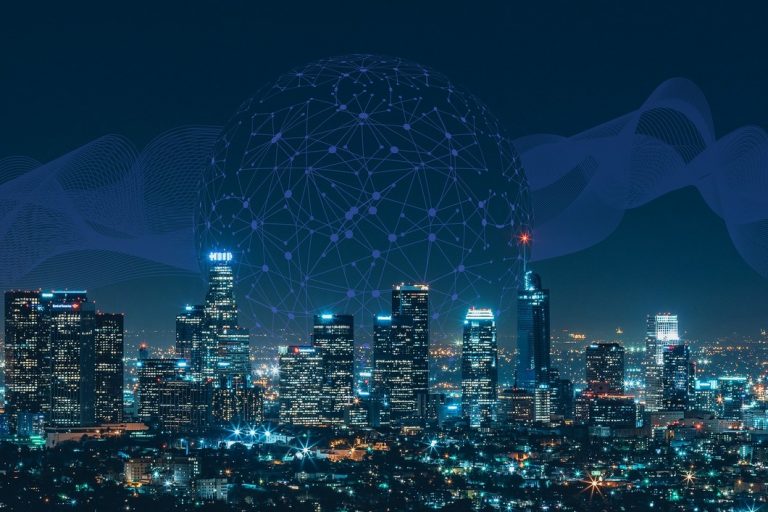 What’s the difference between Machine Learning and Deep Learning?

Easy to understand guide about Machine Learning vs. Deep Learning. The characteristics, differences, and examples you need to know.