What is Pattern Recognition? A Gentle Introduction (2023) 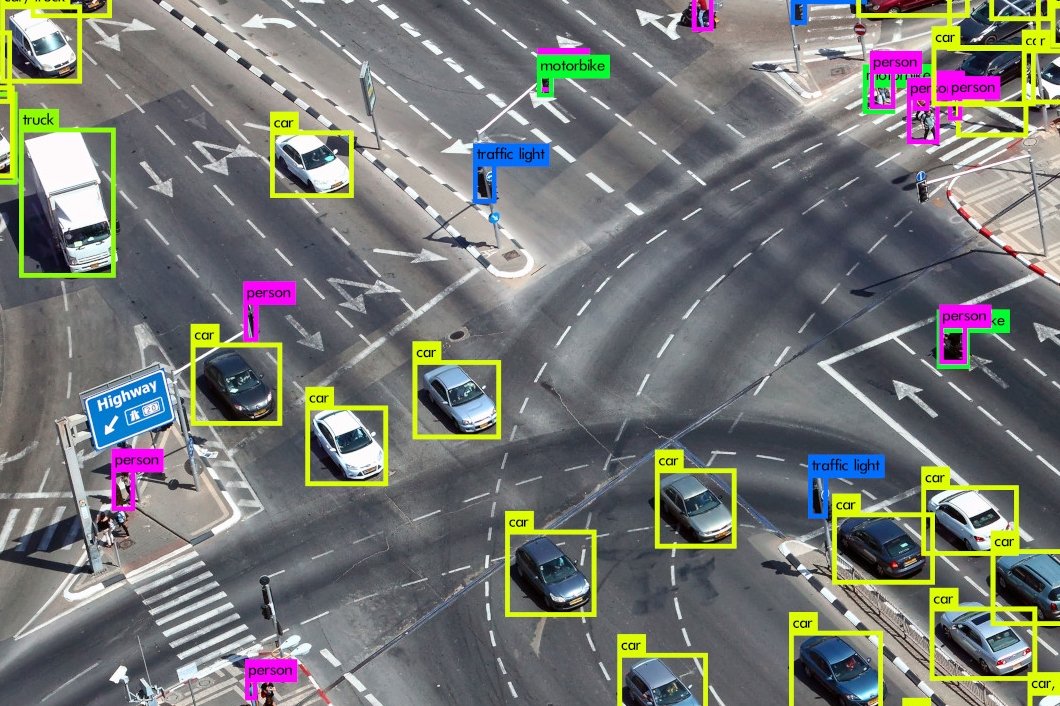 Pattern recognition is the ability of machines to identify patterns in data, and then use those patterns to make decisions or predictions. This guide provides an overview of the most important techniques used to recognize patterns and real-world applications.

At the age of 5, most children can recognize digits and letters – small characters, large characters, handwritten, machine printed, or rotated – all easily recognized by the young. In most instances, the best pattern recognizers are humans, yet we do not understand how humans recognize patterns.

The rapidly growing amount of data generated is making it impossible for humans to interpret and driving the need for machines to be able to identify patterns quickly and accurately. The ability to automate the recognition of patterns and regularities in data has many applications, from facial recognition software to tumor detection.

What is Pattern Recognition?

Automatic and machine-based recognition, description, classification, and grouping of patterns are important problems in a variety of engineering and scientific disciplines, including biology, psychology, medicine, marketing, computer vision, and artificial intelligence.

What Is a Pattern?

In 1985, Satoshi Watanabe defined a pattern “as the opposite of a chaos; it is an entity, vaguely defined, that could be given a name.” In other words, a pattern can be any entity of interest that one needs to recognize and identify: It is important enough that one would like to know its name (its identity).

Therefore, patterns include repeated trends in various forms of data. For example, a pattern could be a fingerprint image, a handwritten cursive word, a human face, or a speech signal. A pattern can either be observed physically, for example, in images and videos, or it can be observed mathematically by applying statistical algorithms.

Given a pattern, its recognition and classification can consist of one of the following two tasks:

Pattern recognition is constantly evolving, driven by emerging applications that are not only challenging but also more computationally intensive.

What Is the Goal of Pattern Recognition?

The goal of pattern recognition is based on the idea that the decision-making process of a human being is somewhat related to the recognition of patterns. For example, the next move in a chess game is based on the board’s current pattern, and buying or selling stocks is decided by a complex pattern of financial information.

Therefore, the goal of pattern recognition is to clarify these complicated mechanisms of decision-making processes and to automate these e functions using computers.

Pattern recognition is defined as the study of how machines can observe the environment, learn to distinguish various patterns of interest from their background, and make logical decisions about the categories of the patterns. During recognition, the given objects are assigned to a specific category.

Another definition describes pattern recognition as “a scientific discipline whose aim is the classification of the objects into a lot of categories or classes. Pattern recognition is also an integral part of most machine intelligence systems built for decision making” (2003, Sergio Theodoridis).

Today, in the era of Artificial Intelligence, pattern recognition and machine learning are commonly used to create ML models that can quickly and accurately recognize and find unique patterns in data. Pattern recognition is useful for a multitude of applications, specifically in statistical data analysis and image analysis.

How does Pattern Recognition Work?

Historically, the two major approaches to pattern recognition are

The third major approach is based on the technology of artificial neural networks (ANN), named

Next, we will look into the most prominent methods used for finding patterns in data.

Statistical Pattern Recognition is also referred to as StatPR. Among the traditional approaches of pattern recognition, the statistical approach has been most intensively studied and used in practice long before neural network methods have become popular.

In statistical pattern recognition, the pattern is grouped according to its features, and the number of features determines how the pattern is viewed as a point in a d-dimensional space. These features are chosen in a way that different patterns take space without overlapping.

The method works so that the chosen attributes help the creation of clusters. The machine learns and adapts as expected, then uses the patterns for further processing and training. The goal of StatPR is to choose the features that allow pattern vectors to belong to different categories in a d-dimensional feature space.

Syntactic Pattern Recognition, also known as SyntPR, is used for recognition problems involving complex patterns that can be addressed by adopting a hierarchical perspective.

Accordingly, the syntactic pattern approach relies on primitive subpatterns (such as letters of the alphabet). The pattern is described depending on the way the primitives interact with each other. An example of this interaction is how they are assembled in words and sentences. The given training samples develop how grammatical rules are developed and how the sentences will later be “read”.

In addition to classification, structural pattern recognition also provides a description of how the given pattern is constructed from the primitive subpatterns. Hence, the approach has been used in examples where the patterns have a distinct structure that can be captured in terms of a rule-set, such as EKG waveforms or textured images.

The syntactic approach may lead to a combinatorial explosion of probabilities to be examined, requiring large training sets and very large computational efforts.

Template matching is one of the simplest and earliest approaches to pattern recognition. Matching is a generic operation that is used to determine the similarity between two entities of the same type.

Natural Language Processing (NLP) is a field of study that deals with the computational understanding of human language. NLP is particularly concerned with the recognition of patterns in text, in order to facilitate tasks such as machine translation, information retrieval, and text classification.

In recent years, NLP has made great strides due to the increasing availability of data and advances in machine learning. For example, Google Translate now uses a neural network approach called “Google Neural Machine Translation” that achieves much higher accuracy than previous methods.

AI pattern recognition using neural networks is currently the most popular method for pattern detection. Neural networks are based on parallel subunits referred to as neurons that simulate human decision-making. They can be viewed as massively parallel computing systems consisting of a huge number of simple processors with many interconnections (Neurons).

Today, neural network pattern recognition has the edge over other methods because it can change the weights repeatedly on iteration patterns. In recent years, deep learning has proven to be the most successful method to solve recognition tasks. For more information and detailed descriptions of what neural networks are all about, we recommend you read our guide about Machine Learning and Deep Learning.

Consequently, many pattern recognition projects are based on hybrid models to enhance the performance of the pattern recognizer for the specific use cases, depending on the type and availability of data.

Using the hybrid model will enhance the performance of the entire application or detection system.

Process of Finding Patterns in Data

The pattern recognition process itself can be structured as follows:

One common application of pattern recognition is image recognition. In this case, a computer vision system is trained to recognize certain patterns in images, and then it can identify images that contain those patterns. This can be used for tasks such as identifying faces in photographs, object recognition and classification, identifying landmarks, and detecting body poses or keypoints.

Video recognition is a subset of image recognition that deals with recognizing objects, events, or activities in videos. In video analytics, this can be used for tasks such as identifying people, intrusion detection, motion recognition, real-time object detection, and object tracking.

Using pattern recognition for stock market prediction applications is a classical yet challenging task with the purpose of estimating the future value of company stock or other traded assets. Both linear and machine learning methods have been studied for decades. Only lately, deep learning models have been introduced and are rapidly gaining in popularity.

Image recognition algorithms aim to detect patterns in visual imagery to recognize specific objects (Object Detection). A typical image recognition task is image classification, which uses neural networks to label an image or image segment based on what is depicted. This is the basis of visual search, where users can easily search and compare labeled images.

Voice recognition systems enable machines to receive and interpret dictation or are able to carry out spoken commands and interact accordingly. Speech recognition is based on machine learning for pattern recognition that enables recognition and translation of spoken language.

Machine learning in pattern recognition is applied to images or video footage to analyze and detect the human emotions of an audience. The goal is to indicate the mood, opinion, and intent of an audience or customers. Hence, deep learning is applied to detect specific patterns of facial expressions and movements of people. Those insights are used to improve marketing campaigns and customer experience.

Pattern recognition methods provide various benefits, depending on the application. In general, finding patterns in data helps to analyze and predict future trends or develop early warning systems based on specific pattern indicators. Further advantages include:

Pattern recognition algorithms can be applied to different types of digital data, including images, texts, or videos. Finding patterns enables the classification of results to enable informed decision-making. Pattern recognition can be used to fully automate and solve complicated analytical problems.

We recommend reading those articles that provide more information about related topics:

Visual AI in Retail Applications – The Ultimate Guide for Businesses

Find a complete list of use cases for retail video analytics. See how visual AI in retails helps to lower costs and increase revenue.
Read More »

How To Analyze the Performance of Machine Learning Models